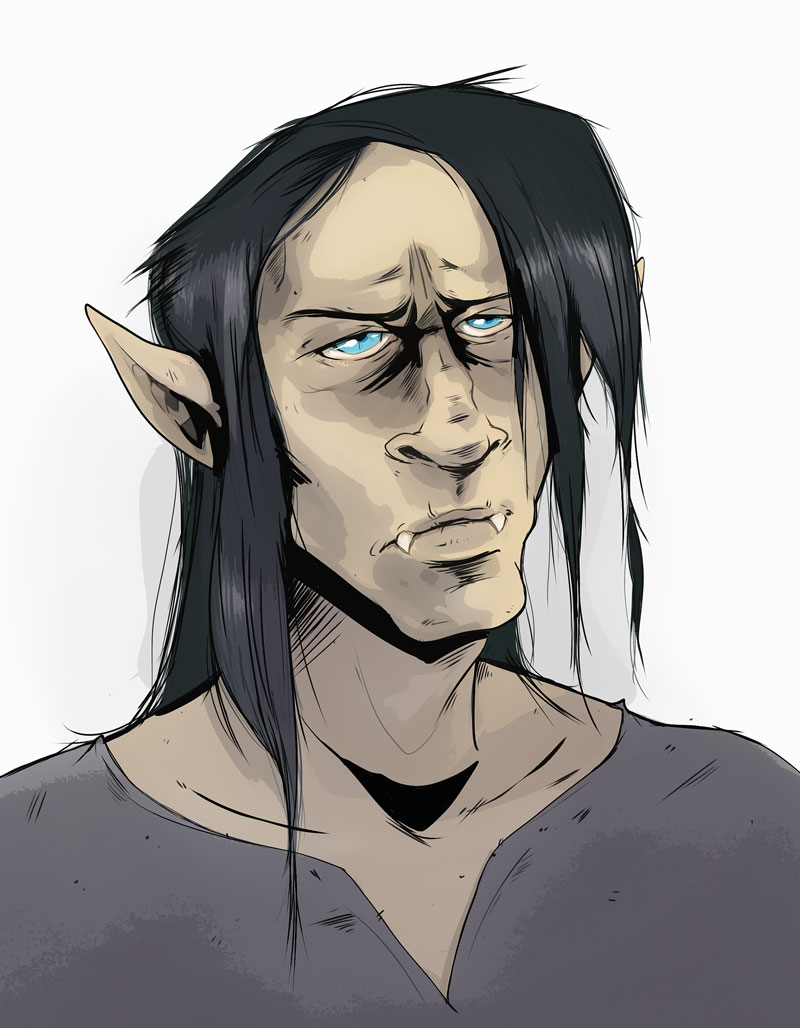 The typical vampire resembles a pale human with high colour in the cheeks, shoulders and upper back. Their pointed canine teeth are visible, often even behind closed lips, and specimens of 500 years or older may exhibit yellowing of the sclera. Vampires with an Eastern European ancestry may have pointed ears. The only Supernatural entity with a higher miscibility index are werewolves in human form.

Cellular regrowth is not present in vampires and they do not exhibit signs of aging. The specific cause of this phenomenon is not understood, but it appears that vampiric infection converts cells from living elements into unchanging molecular building blocks that do not grow or die. Damaged cells are quickly restored to their static state. However, they are extremely sensitive to UV radiation. Direct exposure can cause first degree burns in five seconds, third degree burns in 20 seconds, and death by immolation after 30 seconds.

Rumors that vampires of a great age possess the ability to shape-shift into wolves and/or bats remain unsubstantiated.

The exact method through which a vampire sustains its abilities to move and think are unknown. Before the introduction of the Supernatural Enforcement and Protection Act (SEPA) in 1952, vampires were rare and difficult to detain. Test data derived from the few subjects available was limited by technological constraints. In the decades following the SEPA, the vampire population has increased, but research has been severely limited by SRA Operational Tenets Eighteen and Nineteen.

What little is known about the creation of vampires comes from information obtained from a single specimen interviewed in 1944. Vampiric ichor, if ingested by a human, propagates the vampiric infection to that human. The infected human (referred to as a supplicant) lapses into a coma shortly after ingestion and revives approximately 12 hours later as a vampire. Although the mechanics of this metamorphosis are unclear, there are indications that during the coma, the supplicant’s heart converts oxygen-depleted blood into vampiric ichor. The newly-made vampire is then bound in a subservient position to their infector (referred to as patron).

Available data indicates that a vampire, regardless of age or physical size, need to consume an average of 2.5L (85 oz.) of mammalian blood every 72 hours. The required blood is obtained via application of the vampire’s canine teeth to the donor’s neck, typically positioned to puncture the carotid artery. The bite simultaneously provides a steady flow of blood to the vampire and doses the donor with venom that suppresses pain, promotes docility and acts as a fast-acting blood coagulant.

Ingested blood is metabolized into ichor which takes the place of blood in the vampire’s circulatory system. The volume of ichor in a vampire decreases with time over several days. The method through which this ichor delivers energy to vampiric cells is unknown, and is it unclear what causes its depletion, although physical exertion is thought to speed the process.

Vampires are among the most highly-regulated Class 1 entities, and their position on the SRA Contaminant Threat List reflects this. Their supernatural abilities, mental powers, relatively innocuous appearance and increasing population position them as a potentially grave threat to humankind, but in general they have shown an extreme reluctance to interfere with human society. As of 2014 there are 850,000 vampires on Earth.

A peaceful coexistence between humans and vampires has been facilitated by the SEPA and the Sanguine Accord of 1960, but vampires are mandated by law to live in Class 1 EH neighborhoods, and are prohibited from employment (paid or volunteer) at any level of political office or government.

The Sanguine Accord establishes the conditions and restrictions by which a registered vampire may apply his or her supernatural powers of mental influence. The specific clauses of the Accord referring to the nature of these powers remained sealed, but under the conditions described therein, registered vampires are permitted to exercise their mental powers in ways benign to human society.

Vampires are not permitted to obtain blood from human donors for any reason. Blood may be obtained by registered vampires from approved non-human mammalian donors and stored blood products.

It is a federal crime for a human to solicit supplicant infection from a vampire, and a capital crime for any vampire to comply with such a request.

Learn More…
I would not have found a job at the aquarium if it were not for the Supernatural Registration Authority
— Suludusku, Ikkthu
Learn More…