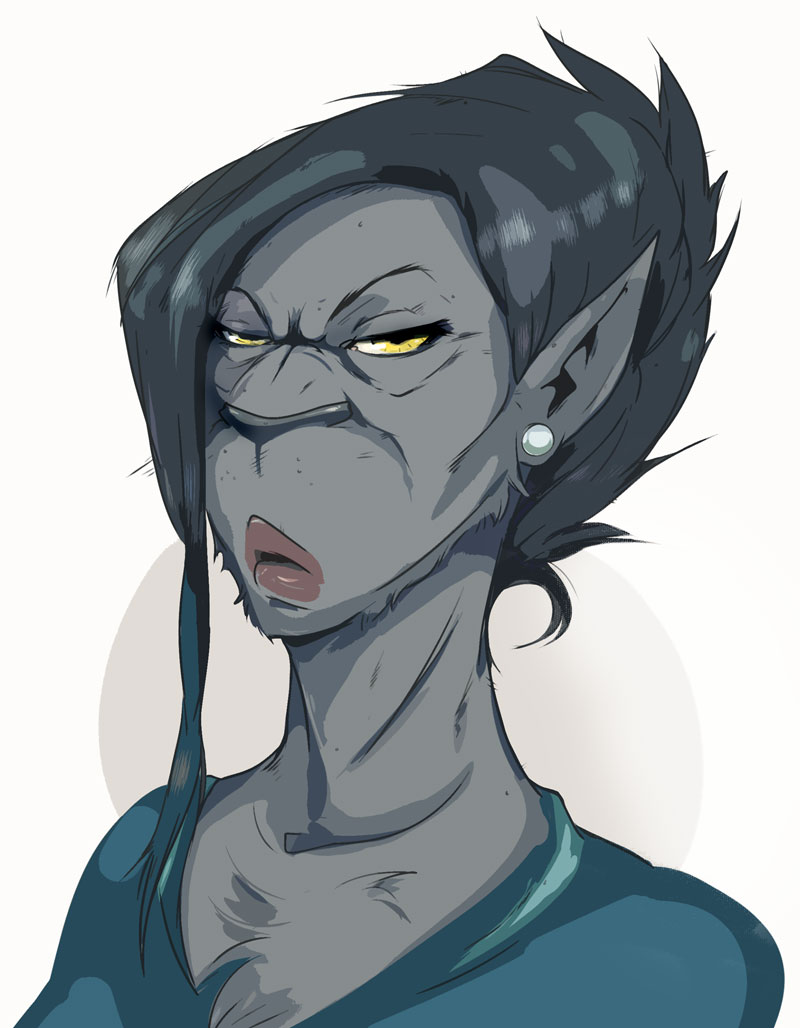 Werewolves (also referred to as “lycanthropes”) appear human, but possess the ability to undergo rapid physical transformations into humanoid wolf-like creatures. This change of state is generally accompanied by heightened senses, reduced empathy and increased aggression towards other creatures. The condition is referred to as lycanthropy and is caused by LT1, an incurable virus carried in the blood and saliva. As of 2012 there were approximately 1.6 million werewolves on Earth, representing 2% of the non-human population.

Involuntary transformation is triggered by a consistent and overwhelming psychosomatic response to the presence of the full moon in the sky, regardless of time of day. In cases where the werewolf has been infected with LT1 for a decade or longer, the transformation can also be partially or fully triggered voluntarily at any time. The transformation generally takes between 3 and 5 minutes.

The LT1 virus acts as a catalyst for the metamorphosis. Through a process not yet fully understood, the virus is capable of extracting an enormous amount of stored energy from blood glucose and body fat. This energy drives the werewolf’s transformation between states, and accounts for the werewolf’s intense desire to feed while transformed.

A werewolf’s transformed state resembles a bipedal human-wolf hybrid. The wolf-like features acquired during metamorphosis are consistent across all specimens, although there is a wide degree of variety in the details of how each feature is expressed. Despite the pronounced lupine features, no wolf DNA is present in the werewolf genome.

The lycanthropy virus is carried in a werewolf’s blood, saliva and other bodily fluids. The virus is primarily spread through saliva-to-blood contact between a werewolf and its surviving human prey, although there are recorded cases of werewolf claw scratches causing infection through dried blood beneath the attacker’s nails. The virus can also be transferred from mother to infant in utero, or through breast milk (see “Capitoline” Charlotte Greyson). Presence of the virus in a subject’s body can be confirmed by a simple blood test administered by any SRA-affiliated medical practitioner.

Exposure to LT1 from a transformed werewolf causes infection in 95% of tested subjects. If the werewolf of origin was not transformed at the time of viral extraction (eg. transfusion of tainted blood or unprotected intercourse), the infection rate drops to 60%. In cases where infection does not occur, the subject’s immune system will attack and destroy the LT1 virus before the virus can propagate.

Contrary to popular mythology, it is not possible to contract lycanthropy by drinking from a wolf’s footprint, being conceived on the night of a new moon, being the 13th son of a 13th son, or by wearing a wolfskin belt.

Full consciousness is retained during metamorphosis, and memories and personalities are shared between states. Psychological and physiological profiles of test subjects indicate a pronounced drop in inhibitions and empathy, increased physical strength, agility, senses of smell and hearing, and elevated ghrelin hormone levels. Regardless of state, werewolves recover from most injuries approximately 4 times faster than humans.

Werewolves are Class I (Supernatural) entities. The highly infectious nature of LT1, combined with an innocuous human appearance and a violence-prone transformed state, places werewolves near the top of the SRA Contaminant Threat List.

While in human state, werewolves do not exhibit any lupine characteristics or enhanced senses, and cannot be identified by traits such as finger length, ear position or hair density. However, 75% of tested subjects suffered mild-to-moderate allergic reactions to metallic silver with a purity of 90% or higher.

Housing requirements vary by country, but werewolves are generally required to live in Class 1 EH neighborhoods. Registered werewolves are permitted to interact with the public only after they have undergone a rigorous psychological conditioning regime.