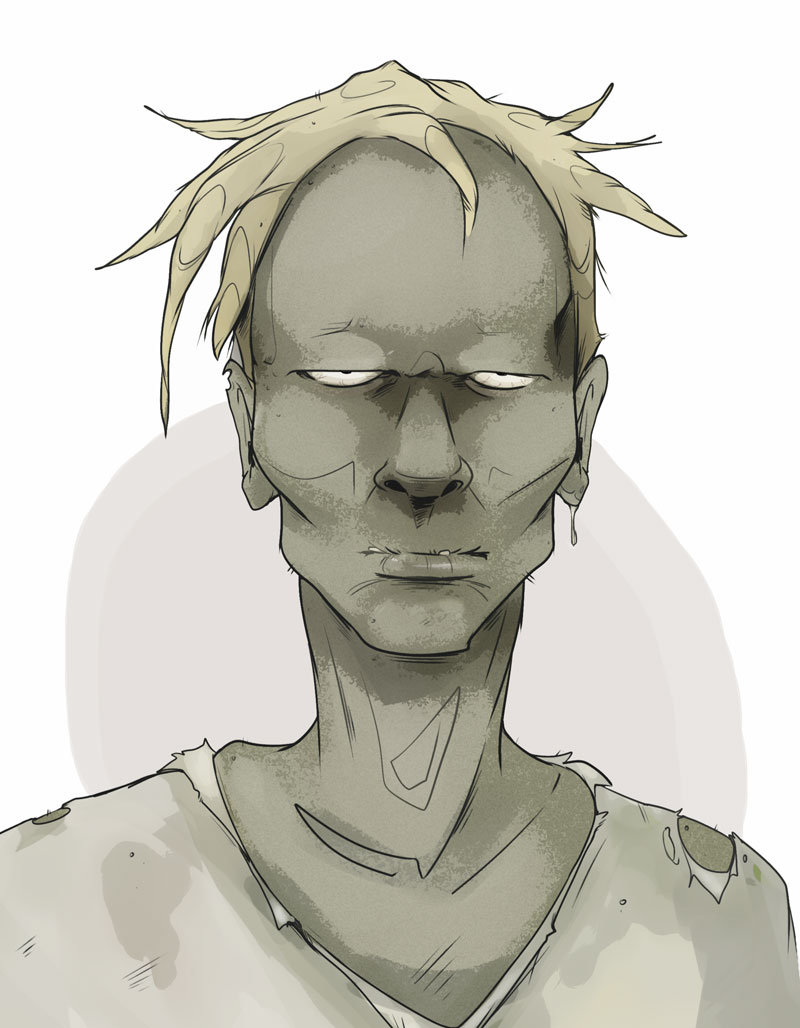 Zombies are post-living, pre-skeletal ex-humans who lack self-sustaining biological function, but who still retain motor capabilities, sentience, and a portion of their anti-mortem personalities and memories. Miscibility varies widely across specimens, and can be influenced by such factors as cause of death, decompositional duration, re-animated sentience and odour.

Zombie tissue remains dead and decomposition continues for several months after re-animation, although at a much slower rate than normal corpses. A zombie that has reached decompositional equilibrium has flesh that is considerably more fragile than living human tissue, and that will not repair itself if damaged. Bones retain their strength much longer, providing structural support for zombies that have lost significant amounts of flesh through weathering or intentional damage.

Zombie infection is thought to be organically-based, and occurs spontaneously in approximately 1 in 35,000 deceased humans. The condition can also be transmitted through fluid contact, generally via bite from an uncontrolled specimen.

There are no known preconditions for spontaneous infection, and no publicly available tests to identify whether a specific human will re-animate after death. Fluid contact between zombies and humans have become increasingly rare (thanks in part to SRA health and control procedures) but when such an event occurs, the infection rate is 100%. Even if the human subject is not killed outright by the attack, the infection terminates cell growth and the subject typically dies within 48 hours.

Infected subjects re-animate 24 to 120 hours after heart function ceases. No single mechanism for facilitating re-animation has been identified, although studies conducted on test subjects during the early 20th century indicate elevated body temperatures and possible inflammation of the brain and spinal columns. Modern research into the process has been severely limited by SRA Operational Tenet Eighteen, and realtime monitoring is difficult given the rarity and unpredictability of the phenomenon.

As of 2014 there are approximately 2.38 million zombies on Earth, representing 4% of the non-human population. Zombies are Class 1 (Supernatural) entities, but unlike ghouls and mummies, zombies exhibit no supernatural behaviour or abilities beyond the mechanism that re-animates and preserves their bodies and minds. Along with their general docility, this lack of dramatic supernatural ability forms a possible argument for their re-classification as Class 3 (Paranatural) entities. However, the profoundly unsettling nature of their condition, and the threat posed by the ease of infection via bite, are currently regarded as ample justification for their Class 1 status.

Learn More…
[The SRA’s] diligence burns brighter and hotter than my flame. They are not to be crossed.
— Agathon, Chimera
Learn More…